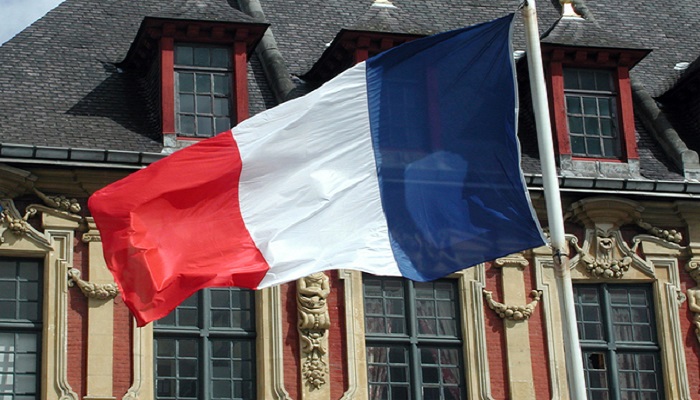 Trade with France – France is the second-biggest economy in the European Union. It is regarded as one of the keystone counties within the European Union as it straddles both the “Northern Countries” and the “Mediterranean Countries”. In 2019 it made up 3.24% of world Gross Domestic Product (GDP) (source: World Economic Forum).

In 2019, Frances economy ranked as is the 7th largest economy in the world according to the World Bank.

France has a formalised governmental structure with a separate judicial system. France is ranked in 32nd place by the World Bank on its ease of doing business rankings.

While the French language is one of the top five spoken languages in the world, it is primarily found in Europe and Africa. In France, French people are very proud of their language and often refuse to speak to individuals who don’t try to commence a conversation in French before switching to English. It is good manners to ask beforehand if English can be used, preferably in French!

In France, the use of formal titles and surnames is used in meetings and correspondence.

The dress code is essential, in business terms men should dress in formal corporate wear while women are expected to wear semi fashionable corporate attire.

Relationships are an essential part of French business culture, and you will often spend time getting to know your colleagues before discussing business. French companies are interested in long-term partnerships and once established, they need to be maintained with regular visits to France.

Business people in France are usually straightforward, questioning, and probing. They tend to treat the business discussion as an intellectual exercise. Therefore, logic will dominate discussions, which at times might become intense.

Business cards are exchanged quite soon after the commencement of a meeting. Avoid double-sided business cards.

The French are tolerant of individuals who may be only a few minutes late to a meeting.

Setting up in France

The Invest in France (IFA) has information for those firms who are considering setting up in France.

Firms wishing to enter into the French market have a variety of options, including:

When sourcing from France, it is recommended to have the products QC inspected at the seller’s location in France. Goodada’s France Quality Control Inspection Services offer Factory Audits and Product checks across all parts of France.

The unit of legal tender in France is the Euro (€ EUR).

Frances’s banking and financial system are very well established. Paris has been an important commercial center since the 19th century. The European Banking Authority is also moving to Paris in March 2019 following Brexit.

Tariffs and duty rates are constantly revised and are subject to change without notice. It is worth visiting Frances Customs Service to determine any customs or import taxes in France for your goods or service.

France imposes restrictions on the sale or use of certain products including:

Labels in France must not only meet its national regulations but also must conform to European Union requirements. Information on the labelling of products in the interest of consumers and compliance procedures are available at Summaries of EU Legislation. Labels must be in French.

The CE mark is a mandatory conformity marking for certain products sold within the European Economic Area (EEA).

The EU also may require certain marks for specific products. A mark is a symbol or pictogram that appears on a product or its packaging—these range in scope from signs of danger to indications of methods of proper recycling and disposal.  Such marks intend to provide market surveillance authorities, importers, distributors, and end-users with information concerning safety, health, energy efficiency, and environmental issues relating to a product.  For more information about EU Marks and requirements, please click here.

France abides by the import rules and regulations of the European Union. It is especially true for food products. Information for EU Food requirements can be found here. However, each country may maintain additional elements such as licenses.

You should have your packaging approved with the importer in France as their market might have some specific preferences. Goods should be marked according to European Union requirements.

Methods of quoting and payment

The most popular method of issuing and receiving payments in France is electronic funds transfer (EFT, equivalent to SWIFT or wire transfers).

Payment terms must be agreed to in advance, which can include 30/60/90 day terms. Whatever payment terms are agreed upon, make sure all parties understand them and that your client, representative, or contact signs a mutually agreed document.

It is best practice for sellers dealing with new customers to use secured payment terms such as 100% payment before shipping, letters of credit, sight drafts, or bills of exchange.

Both private and public credit insurance is available in France through companies such as Euler Hermes, Coface, and Atradius.

For information about the documentary requirement of France, you should visit the EU’s Trade Help desk Page.

The single administrative document (SAD) is a form used for customs declarations in the EU, Switzerland, Norway, Iceland, Turkey, the Republic of North Macedonia and Serbia. It is composed of a set of eight copies each with a different function.

All companies established outside of the EU are required to have an EORI number. For more information on EORI numbers, please visit the EU EORI’s page.

Exporters to France can find information about the Import requirements of France from the French Customs website.

European Union Customs procedures for import and export can be found here.

It is recommended to get insurance for your products. Goodada Insurance provides clients with online insurance facilities.

Businesses wishing to operate in France should commit to the highest level of corporate behaviour and familiarise themselves with French and European laws on bribery and the penalties about the corruption of officials.

France is very strict concerning counterfeiting, especially where clothing, leatherwork, etc. are involved. Products can be seized and destroyed. For more information, visit the Counterfeiting section of the French government’s Customs website (available only in French).

In France, patents and trademarks are administered by the INPI. The Madrid International Trademark System (WIPO) and Office for Harmonisation in the Internal Market (OIHM) also cover IP protection for Europe.

France has a very well established legal system. This system is also intertwined with the legal system of the European Union. Hiring legal expertise is highly recommended.

Trade with France – About the Author

Aidan can be contacted email at aidan@goodada.com  or at: