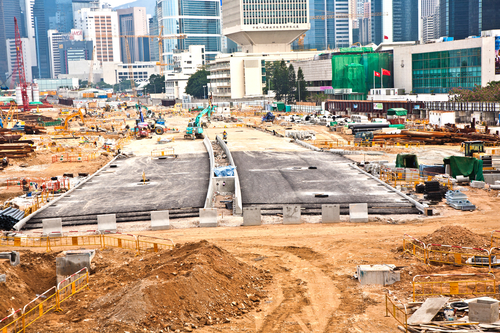 China Economic Challenges – In writing this article, I have decided to break it into two separate posts. This first post is an overview of what has been happening to the Chinese economy since 2008 and what is likely to happen.

The second post will look at the likely implications for businesses over the next five years.

Since 2008, there has never been a credit filled construction boom anywhere in the history of humanity like what been undertaken in China. Below are some interesting facts and figures about construction in China since 2008:

Background into why China’s Construction boom commenced in 2008 However when Lehman Brothers crashed in September 2008 exports to western economies dried up. This caused Chinese manufacturers who had been focused on exports to close down which resulted in tens of millions of Chinese staff being laid off.

This sparked massed demonstrations against the government and they became worried about the political instability that this would cause to the one party system in China.

The government realized that in order to avoid mass unemployment, they quickly needed to adjust their monetary and fiscal policies in order to stimulate the Chinese economy and create jobs. This meant focusing on creating a massive construction industry.

In China, the government still owns all the major industries such as steel, oil, coal, electricity, shipping and banking. So the government instructed all these industries to expand production and hire millions of staff.

The government also instructed its banks to lend out trillions of dollars of cheap money to developers and buyers in order to pump its construction industry which in-turn created “shovel ready” jobs for its citizens.

This stimulus policy meant that a construction boom was fueled by a glut of cheap materials and easy to access debt.

Today in China, it is estimated that approximately 15% of all property in remains unoccupied. Investors purchase the property and simply sit back and watch its value appreciate, in some cities this is can be as much as 20% per annum. The implications from this debt driven policy has placed the Chinese economy in almost an inevitable collapse. Below are some interesting facts on Chinese debt and its banking sector:

In 2010 the central government became aware that there was a potential issue with the vast amounts of money which was being lent by the banks. It took discrete measures to control this lending through the banks which was under its direct control.

However local governments, politicians and state owned enterprises who were benefiting financially from the boom did not want a slow down on the availability of money and cheap lending. So, in order to overcome the restrictions imposed by central government,  they allowed a shadow banking system to develop and grow.Today the shadow banking system includes many items such as trusts and entrusted loans.

However one major area of concern where there was a situation where bank loans were not accessible, local traders in sectors such as steel, chemicals, energy and coal banded together and guaranteed each other’s debts.This has led to a web of debt guarantee entanglement which has worked fine during the boom. However with a slowing economy weaker traders are starting to default and this in turn is bringing down the healthy traders who had guaranteed the weaker ones.

In 2013 the Chinese government became worried that the economy was becoming very imbalanced and hooked on cheap credit. It ordered the banks under its direct control to reduce lending which lead to a jump in the inter-bank lending rates. This jump in rates sent the stock markets into free fall. Fearing that the government would be seen to be losing its grip on the economy, a decision was made to again flood the economy with cheap money.

China is clearly following the paths of some European countries such as Ireland, Spain and Portugal who have had their economies crash due to the dependence on a building boom which was financed by cheap and available credit. When this cheap credit line was cut, their economies collapsed.

The likely implications of a fall out from China’s economic challenges from its credit filled building boom and how it will affect your companies business will be available in a second post.