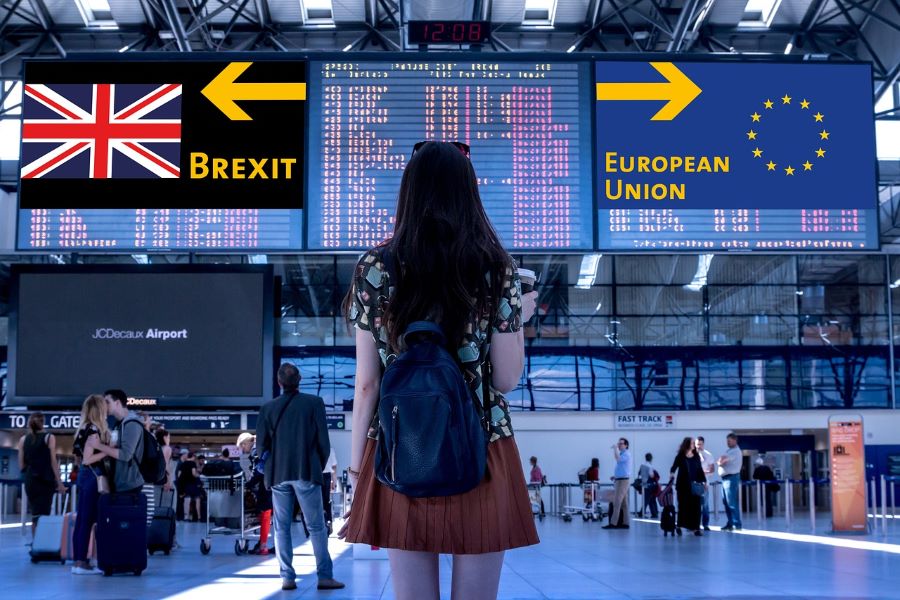 Brexit Consequences – Can the UK really disconnect from Europe?

Brexit Consequences for the UK – When EU President Donald Tusk said in a February 2019 speech, “a special place in hell waits for those who promoted Brexit without a sketch of a plan on how to carry it through”, he was portraying the EU’s frustrations at the UK’s lack of understanding of the consequences of its decision to leave the European Union. The stark issue is that the UK is so intertwined within the European Union that its departure is akin to “unscrambling an egg”.

With Brexit there are many facets which can be discussed, however, this blog focuses on the potential consequences of Brexit to the UK in particular to its car industry and to its service industry. It also highlights how global politics might affect the UK in terms of trade tariffs and its ability to trade, and also the possible break-up of the UK.

Stagnant wages and a squeezed middle class who feel that politics in the UK is not focused on inclusive growth, has led to an economic disparity which has contributed to a backlash against globalization in the form of Brexit, Some might also fear that capitalism in the UK is under threat with the selection of Jeremy Corbyn as Labour leader, to the possible delight of Karl Marx!

Some might say that people voted for Brexit because they felt that European immigrants, who are freely allowed to travel to and live and work in the UK under EU regulation, were taking the few remaining jobs left in the UK. However, statistics show (and as can be seen from the graph below, that there are actually more non-EU immigrants entering the UK when compared to EU immigrants The economic consequences for the UK with the fall of EU immigrants will be that there will be labour shortages in agriculture and other labour-intensive industries.

(Yueh, 2018) Mentions in her book, The Great Economists, that David Ricardo, would have been quick to point that with globalization “some groups will win, others will lose.”

The UK has a successful car industry, which is largely due to its membership of the EU. This industry was on its knees in the 1970s however it raised again when the UK joined the EEC. In the early 1980s, the EEC struck a trade deal with Japan which resulted in the UK becoming the preferred destination for Japanese carmakers to set up their factories in Europe.

As illustrated in the graph above, the car industry in the UK has begun to decline a consequence of Brexit. The recent EU-Japan trade deal, which came into effect on February 1 2019, disregarded UK interests. The EU, through import tariff reductions, basically allowed Japanese cars to be made in Japan and imported directly into the EU thus eliminating the requirement for an EU production base. Perhaps with the knowledge that the UK would be departing the EU, the Europeans saw this industry as a negotiation tool which they could leverage in trade negotiations with the Japanese. The end result is that the EU and Japan are policy winners while the UK will lose out. Honda has been the first UK casualty, announcing that it will be closing its UK factory in 2021 and relocating back to Japan.

Renowned economist, Joseph Schumpeter said that more open and competitive markets would speed up the process of creative destruction, which would bring growth in the long run.  Through globalization, traditional manufacturing has moved from the west to the east and with services and technology replacing manufacturing in the West including the UK. We can see below that in the last 20 years the UK’s exports of goods has steadily fallen while its exports in services have increased.

In the UK services have replaced manufacturing and now account for 70% of the economy.

A UK 2019 paper on Statistics on UK-EU trade, (Ward, 2019), said that the EU accounted for 48% of UK goods exports and 40% of its services exports. The graph below shows that the EU is the UK’s biggest customer for both services and goods.

If there is a no-deal Brexit, WTO rules on trade and services will make trade with the UK far more difficult for EU countries.  An example of this would be where lawyers or accountants based in the UK, under WTO rules, would not be able to cross borders and offer their services to their clients in other European states. One of the consequences of Brexit for Ireland has been the sizable increase in the amount of UK lawyers requalifying themselves in Ireland in order to be able to practice within the EU.

Are Favourable Trade Deals for the UK post-Brexit Possible?

Some believe that Brexit will enable the UK to go out and strike trade deals with other countries. Perhaps they feel that as a smaller entity the UK can strike more favourable tariff deals with other countries compared to the larger EU. However, the UK should be aware that in trade deals those larger countries usually gain influence and advantage. Take the USA and Malaysia for instance. In 2013, the USA government imposed import duties, ranging from 10.8 per cent to 54.5 per cent, on shrimp imported from Malaysia. This was to protect the US shrimp industry. This practically wiped out Malaysian Shrimp exports. If the UK does want to strike trade deals with the giants, then China might present some very good opportunities. China has a history of pursuing trade deals with countries irrespective of what the political situations are with other countries. China has been the beneficiary of Iran’s political problems with the West, with its exports to Iran growing dramatically whilst the western countries have shrunk. (See Graph 6 below)

Is the USA a suitable replacement for the EU for the UK in terms of Trade?

Some Brexiteers say that the UK will be able to easily strike a trade deal with the USA. It may not be so easy due to Northern Ireland and its border with the Republic of Ireland. The economies of Ireland and Northern Ireland are highly interconnected. An EU Report (2017) stated that trade between the two is worth €2.5 billion. The report went on to state that there are more than 200 crossings and it is estimated that there are more than 3.1 million passenger vehicles, more than 170,000 trucks and 250,000 light commercial vehicles cross the border each month.

In her recent visit to Ireland Nancy Pelosi, speaker of the US House of Representatives said: “There can be no return to any sort of hard border in Ireland”.

But would the USA be a better replacement for the European Union in terms of a trade partner for the UK? If you look again at services exports, the consequences would be that the UK would lose more business through trading with the US compared to with the EU Brexiteers champion a “Global Britain”. But how can it achieve global trade prosperity when it chooses to ignore its biggest customer, the EU. It could also lose out on preferential trade deals with Japan, South Korea and Canada because of its membership of the European Union.

Another consequence of a hard/no-deal Brexit may be that the UK as an entity may not survive. During his contribution to the 26th of May RTE radio show “The Marian Finucane show”, renowned economist,  David McWilliams said that the “next Prime Minister could be the last Prime Minister of the United Kingdom”. Bookies are quoting 3/1 that there will be a second independence referendum for Scottish Independence in either 2020 or 2021. How would Ireland cope economically if there is a push in the North for a vote on unification as a result of Scotland potentially leaving the United Kingdom?

Another considerable consequence maybe its food supplies. In June 2019, the Food and Drink Federations COO Tim Rycroft said that if the UK leaves the EU with no deal then “Probably you would start to see some shortages particularly around things like fresh fruit and vegetables but also things like chicken products, where we produce a lot of chickens in the UK but they are sent to the EU for processing and then reimported back into the UK”.

The UK is still struggling to work out what Brexit actually means.  Until this is done, no one can determine what the likely consequences of it will be for the UK.

Aidan can be contacted email at aidan@goodada.com or at: