Blog: Recent stories > Chemical > Are you Buying from China? Production Disrupted across China 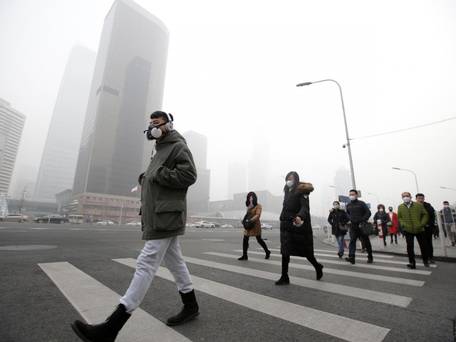 The Chinese government has launched environmental inspections which have halted factory production across making key raw materials industries such as plastics, chemicals & steel. This has caused a knock on effect on other industries.

The sweeping inspections were ordered in October 2016 in response to the to the smog crisis in north China, where the government had to shut down 1,200 factories. The inspections commenced in April 2017.

The Ministry of Environmental Protection (MEP) teams are expected to cover all 31 provincial-level regions by the end of this year, the official English-language China Daily said.

Since April the MEP has focused its inspections in Beijing-Hebei-Tianjin region. Since August it has moved to focus onto Jilin, Zhejiang and Shandong provinces.

The process involves the MEP team visiting the selected province and ordering all factories from targeted industries to immediately shut down and send their staff home.

The MEP team then orders the factories to present their environmental information to them, it randomly selects factories to be audited plus it invites local residents to make complaints on local factories, after receiving a complaint it also includes that factory on its list to be visited and inspected.

According to the official Xinhua news agency, since the MEP commenced its inspections in April it found that over 70% of the 13,875 companies & factories that it visited had environmental violations.

Many companies who are purchasing products from China will experience delays in production.

The long term view is that the government wants to move out low value production from the eastern seaboard region and move it inland to places such as Inner Mongolia where there is less population and plenty of coal. Another reason is the next generation on the eastern seaboard region has become more educated so the government has switched its focus to high tech, high value & low pollution production to accommodate them.

Over the next few years it will become very challenging for the current China Supply Chains of many foreign companies as inflationary and the regulatory environment has somewhat squeezed the profits of a number of producers which will cause some to close.

We are advising our clients to commence developing alternative providers for their products in China so as to have options in the event of production delays or rising prices.

If you are interesting in finding out more, please contact me aidan@tcichina.org